Gave All She Had

Proverbs 3:27 Do not withhold good from those to whom it is due, when it is in your power to act.

Cost Him His Life

The Bill & Melinda Gates foundation works to reduce inequities around the world. In the developing world, it focuses on improving health and alleviating extreme poverty. In the United States, the foundation supports programs related to education. In its local region, the foundation promotes strategies and programs that help low income families. The foundation is based in Seattle, Washington, with regional offices in Washington, D.C., New Delhi, India, Beijing, China and London, United Kingdom. Its trustees are Bill and Melinda Gates, and Warren Buffett.

The trust holds the donated investment assets from Bill and Melinda Gates, and receives contributions

from Warren Buffett. The primary role of the trust is to manage the investment assets and transfer

"Well, the idea that a computer was relevant to the problems they were dealing with, where getting enough food, having decent health, getting any electricity, a reasonable place to live, it was pretty clear to me that, hey, I love this computer, and I thought it was neat and kids should have access, but they had to rig up a special generator so I could do this one demo. And they borrowed this generator. It wasn't going to be there when I left. So the idea that there was a hierarchy of needs ... While still believing in digital empowerment, that was not at the top of the list. That was pretty eye opening for me."

Too Wealthy To Not Give

Martin Luther King, Jr., (January 15, 1929-April 4, 1968) was born Michael Luther King, Jr., but later had his name changed to Martin. His grandfather began the family's long tenure as pastors of the Ebenezer Baptist Church in Atlanta, serving from 1914 to 1931; his father has served from then until the present, and from 1960 until his death Martin Luther acted as co-pastor.  Martin Luther attended segregated public schools in Georgia, graduating from high school at the age of fifteen; he received the B. A. degree in 1948 from Morehouse College, a distinguished Negro institution of Atlanta from which both his father and grandfather had graduated. After three years of theological study at Crozer Theological Seminary in Pennsylvania where he was elected president of a predominantly white senior class, he was awarded the B.D. in 1951. With a fellowship won at Crozer, he enrolled in graduate studies at Boston University, completing his residence for the doctorate in 1953 and receiving the degree in 1955. In Boston he met and married Coretta Scott, a young woman of uncommon intellectual and artistic attainments.  Two sons and two daughters were born into the family.

At the age of thirty-five, Martin Luther King, Jr., was the youngest man to have received the Nobel Peace Prize.  When notified of his selection, he announced that he would turn over the prize money of $54,123 to the furtherance of the civil rights movement.

On the evening of April 4, 1968, while standing on the balcony of his motel room in Memphis, Tennessee, where he was to lead a protest march in sympathy with striking garbage workers of that city, he was assassinated.

Oseola McCarty, a cleaning lady, who from working all her life, accumulated great savings, donated to the  University of Southern Mississippi $150,000 for a student scholarship program.  “I want to help somebody’s child go to college,”  “I’m giving it away so that the children won’t have to work so hard, like I did.”

Oseola McCarty, born March 8, 1908, was a laundress who left school in the sixth grade to care for

The Lesson of the Widow's Mite is presented in the Synoptic Gospels (Mark 12:41-44, Luke 21:1-4), in which Jesus is teaching at the Temple in Jerusalem. The Gospel of Mark specifies that two mites (Greek lepta) are together worth a quadrans, the smallest Roman coin. A lepton was the smallest and least valuable coin in circulation in Judea, worth about six minutes of an average daily wage.

In the story, a widow donates two small coins, while wealthy people donate much more.  Jesus explains to his disciples that the small sacrifices of the poor mean more to God than the extravagant, but proportionately lesser, donations of the rich. 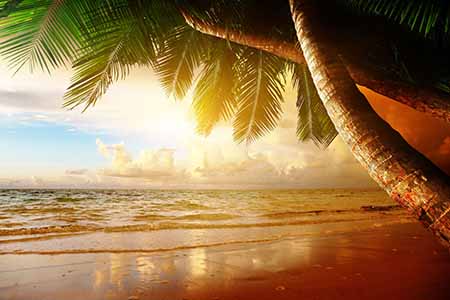